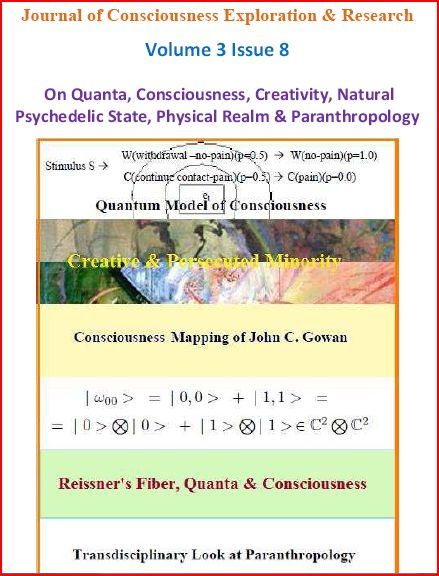 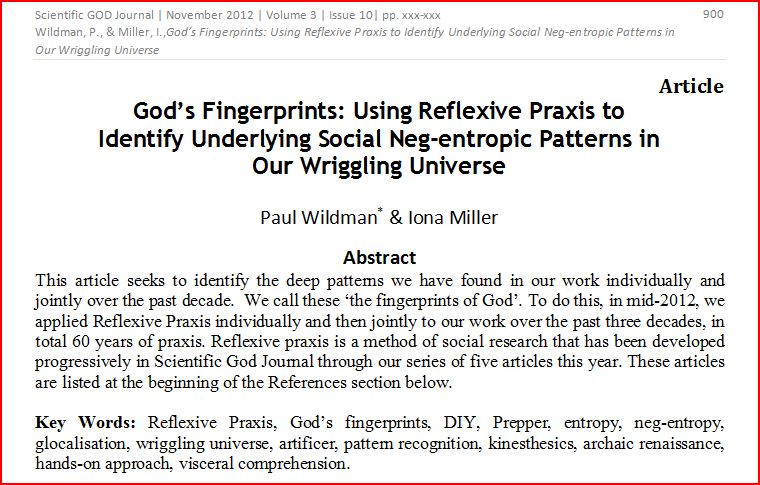 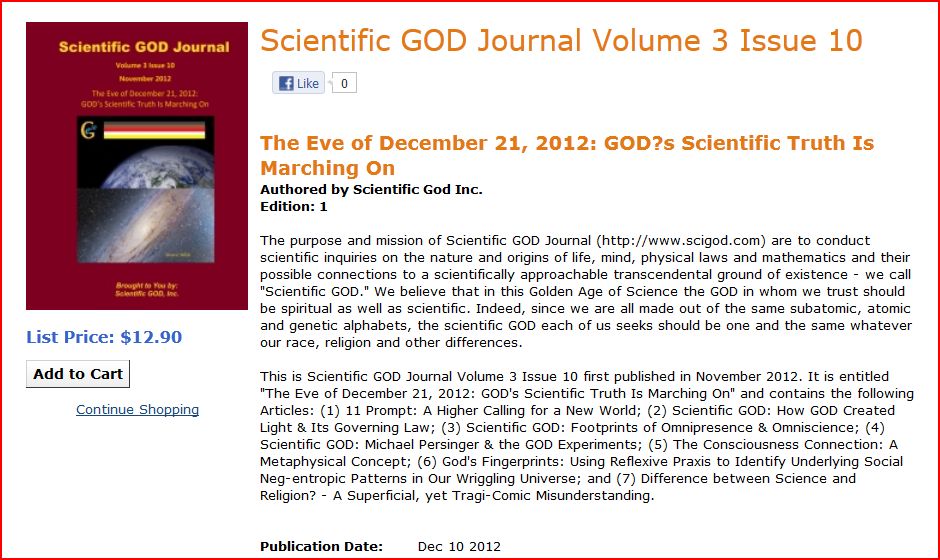 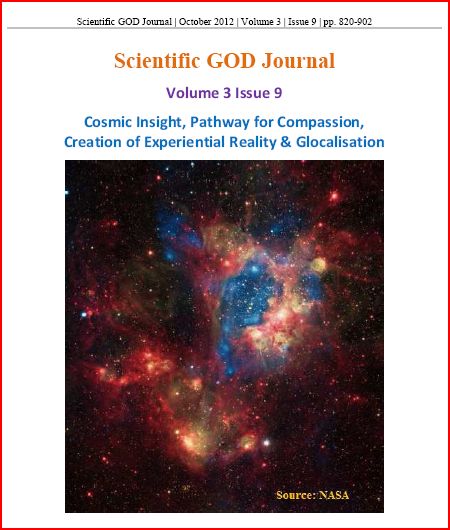 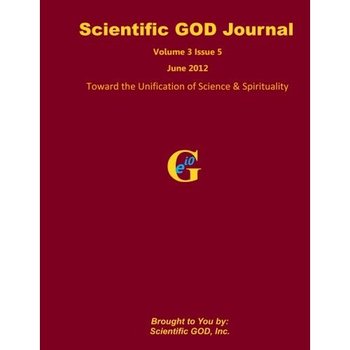 http://scigod.com/index.php/sgj/issue/current/showToc
The purpose and mission of Scientific GOD Journal (http://www.scigod.com) are to conduct scientific inquiries on the nature and origins of life, mind, physical laws and mathematics and their possible connections to a scientifically approachable transcendental ground of existence – we call "Scientific GOD." We believe that in this Golden Age of Science the GOD in whom we trust should be spiritual as well as scientific. Indeed, since we are all made out of the same subatomic, atomic and genetic alphabets, the scientific GOD each of us seeks should be one and the same whatever our race, religion and other differences.

This is Scientific GOD Journal Volume 3 Issue 5 first published in June 2012. It is entitled "Toward the Unification of Science & Spirituality" and contains the following Articles: (1) The Human Aspect of Christ between Classic and Quantum Consciousness: Gethsemane - Anxiety & Depression between Biochemistry & Anthropology; (2) Unfolding the Visionary Path of the Tree of Life; (3) Ultraholism: The Field of Infinite Meaning; (4) Demiurgic Field: Its Patterning Role in Chaos, Creation & Creativity; and (5) Zero Sum Game: Pre-Physical-Existence & Psychophysical Reality. 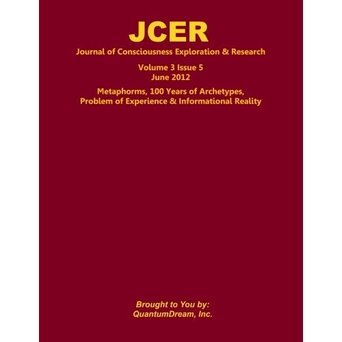 http://www.jcer.com/index.php/jcj/issue/current/showToc
Journal of Consciousness Exploration & Research ("JCER," http://www.jcer.com) is a publication in which scientists, philosophers and other learned scholars publish their research results and express their views on the nature, origin and mechanism of consciousness. In doing so, we hope that one day we will be able to arrive at a genuine science of consciousness. 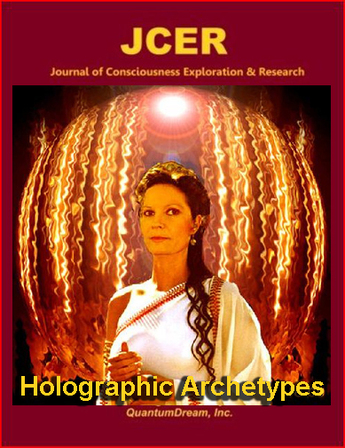 JCER (ISSN: 2153-8212) is a publication in which scientists, philosophers and other learned scholars publish their research results and express their views on the nature, origin and mechanism of consciousness. In doing so, we hope that one day we will be able to arrive at a genuine science of consciousness.

Article: Iona Miller, How the Brain Creates the Feeling of God: The Emergent Science of Neurotheology. 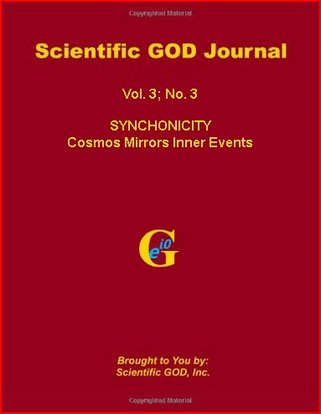 SGI is not about a particular religion nor is it focused on religious debates. Rather, it is an institution (and publication) where scientists, philosophers, theologians and other learned scholars publish their research results and express their views on the issues outlined herein. In doing so, we hope that one day we will be able to answer scientifically the questions concerning us the most - who are we, where did we come from, where are we going, and, is there a Scientific GOD?

Things often fall apart, but sometimes they fall together in the probability field. Occasionally, improbable things seem to happen all at once, or even backwards and sideways, rather than in rational and linear manner. Synchronicity is a non-linear, non-local  process in which the personal and transcendent collide. An integral part of Jung's model of the psyche, the synchronistic phenomenon entered culture as a meme characterizing a variety of bizarre experiences. Psyche mirrors Cosmos. Events can be grouped by meaning as well as cause.

Such transformative points can be life-changing quantum leaps in self-awareness. They defy our attempts whether we explain them to ourselves in terms of science, myth or nature. The issue is one of 'similar things' that seemingly stop the arrow of time dead in its tracks, immersing us in the extraordinary, the uncertain, the mysterious. Jung and Pauli suggested synchronicity is essentially direct insight into the hidden confluence of psyche and matter. It shocks us into broadening our view of the world and the fabric of reality, with its unlikely yet undeniable intrusions on the ordinary.

The synchronistic totality of all conscious and unconscious self-organizing processes has its own holistic psychic structure and dynamic. Psyche and substance are two aspects of more fundamental energy, which forms a universal substrate. The artificial delineation between mind and matter blurs in both the scientific and psychological models. Some synchronicities can originate in "Rapture of the Neurological Deep", yet still retain valuable meaning (Miller, 2003).

Synchronicity is the core of the world and human existence, a special case macroscopic expression of microcosmic entanglement, coherence, and superposition. It is a unique expression of the metaphor-forming process, manifesting as uniquely magical, uncanny or unnerving moments. Repeated engagement with the spectrum of unconscious imagery impacts us resonantly on all levels by molding us with experience, emotion and memory -- the fortuitous meeting, repetitions of themes, the meaning-filled dream, the activation of ancient and modern myths, and odd juxtapositions that stop us dead in our tracks.

Synchronicity explores the borderland between meaning, chaos, and spacetime, where chance meets necessity, when external and internal circumstances align in meaningful coincidence. A peculiar order emerges from randomicity at the creative edge of chaos. Beyond apophenia, simple superstition and psychological projection, it links the observable and unknowable, the effect of the particular and specific with the universal. Not every correlation will have an explanation. In this nonlocal effect, certain qualities manifest relatively simultaneously in different or proximate places. It is a parallelism that cannot be explained causally, but contains meaning and value, and thus the silent resonance between mind, brain, and environment has real effects in the real world. The first effects of warping our perspective are on our attutudes and worldview, which modify our spirituality, thinking, emotions, being and behavior. 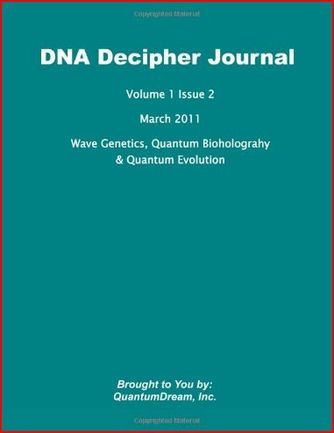 ABSTRACT: Life is fundamentally electromagnetic rather than chemical, the DNA blueprint functioning as a biohologram which serves as a guiding matrix for organizing physical form.

ABSTRACT: Complex information can be encoded in EM fields, as we all know from coding and decoding of television and radio signals. Even more complex information can be encoded in holographic images. DNA acts as a holographic projector of acoustic and EM information which contains the informational quintessence of the biohologram. Only 3% of human DNA encodes the physical body. The remaining 97% of the 3 billion base pair genome contains over a million genetic structures called transposons, that have the capacity to jump from one chromosomal location to another (Kelleher, 1999). We are 99.9% alike in our genetic legacy. Our individuality is expressed in three million small variations in our cells, called single nucleotide polymorphisms.

Gene-expression is the mechanism by which new patterns are called into being (Rossi, 2000). There is also a strong correlation between modulation of the brain’s EM field and consciousness (Persinger, 1987; McFadden, 2002). The Gariaev group has discovered a wave-based genome and DNA phantom effect which strongly supports the holographic concept of reality (Miller, Webb, Dickson, 1975). This main information channel of DNA is the same for both photons and radio waves. Superposed coherent waves of different types in the cells interact to form diffraction patterns, firstly in the acoustic domain, secondly in the electromagnetic domain -- a quantum hologram -- a translation process between acoustical and optical holograms. 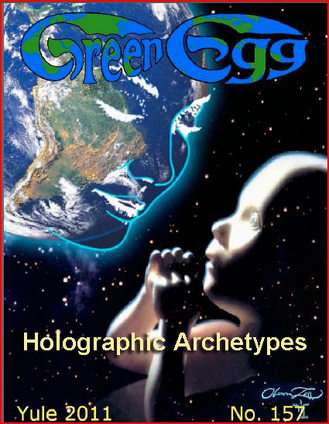 "We have not understood yet that the discovery of the unconscious means an enormous spiritual task, which must be accomplished if we wish to preserve our civilization." C.G. Jung

Thinking Big requires a new approach to the way we pursue knowledge about our universe, our lives, and our species. We're still asking life's Big Questions and tackling humanity's Big Problems, but in the context of Big History -- a blend of cosmology, physics, chemistry, geology, biology, anthropology, psychology, sociology, and history. Such a metadisciplinary approach yields a single,
unifying, compelling narrative that continues unfolding meaning, purpose, and insight.

Cosmic pattern recognition is the root of human culture from Paleolithic and Neolithic times. Humans have always pursued cosmology. Perhaps the greatest ancient discovery was the Precession of the Equinoxes, a recurrent 26,000 year cycle, leading to the model of astrological Ages and the mytheme of Eternal Return and The Great Year. Jung took an interest in astrology because he found it archetypally predictive.